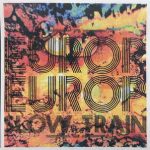 A new Europ Europ release is always a feast… and this time a new album released in the Etch Wear label run by one of the Europ Europ musicians… a nice home made cd with 8 new tracks… typical Europ Europ but still interesting as there is always something new to find in their sound/releases… weird, psychedelic and haunting at times… post-industrial/post-noise as it should be! 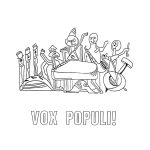 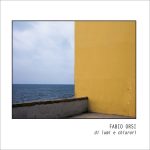 Here is a beautiful 4 cd box by Fabio Orsi… words are meaningless in this case… just put this music on and sit back and trip away! The music of Fabio Orsi will/should appeal to people into ambient, minimal music and psychedelic music a like… big tip! 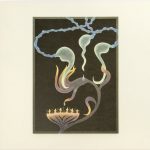 Second vinyl album by German/Finnish project Gyrkë Pyje featuring the musician involved in Diamantener Oberhof (Vyrstaete) and behind Baldruin… Super nice release… I like it even better as the first vinyl… it is abstract but playful and free spirited… ambient but not as you here it all the time… big tip!

listen to the album here… 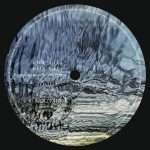 Maybe you know Zosima from the album on ET… here is a new 12″ EP on his own excellent Noiztank label… 4 tracks recorded live but they sound like genuine studio tracks… truly adventurous contemporary industrial noise as it should sound… not aiming for the dance floor in an easy way as so many nowadays… brutal as industrial /noise should be… big tip!

listen to the EP here… 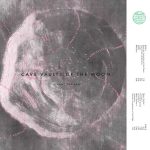 listen to a track here… and another one here… 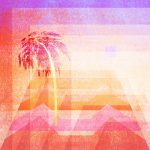 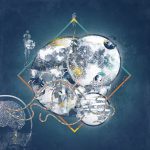 Here is a new Baldruin album… and his best to date… sounds going from ambient and psychedelic to influenced by folklore and modern classical… but it is always playful… maybe less “academic” as the previous vinyl albums… big tip! 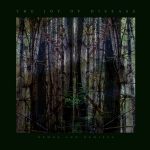 This is a sort of outtakes release as companion to the  1995 “The Joy Of Disease” album by James Plotkin… A vinyl PLUS cd package featuring 13 tracks in total of moody and bleak soundscapes and noisy structures… the vinyl features 7 demos with a rehearsal mood and feel but in a positive way… non-produced and true as they were meant to be… the cd features remixes by James Plotkin himself and Scorn… very interesting package of music! 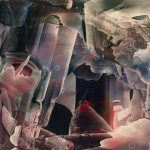 listen to a full track here…. 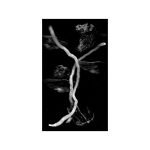 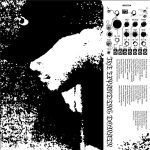 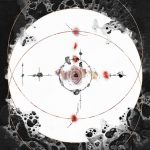 The second vinyl album by Baldruin (see below for the last copy I have of the first vinyl)… this album sounds a bit more abstract and electronic as the first one… but without losing that surreal and magical touch… this could be a soundtrack for some weird sci-fi movie or something… absolute a trip to take! 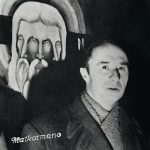 This is a soundtrack to a documentary about a village Mage… it is simply beautiful and haunting… dark and dreamy… and lots more… this one is frequently spinning here at ET HQ… highly recommended!

listen to a full track (the B side) here… 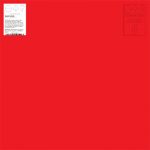 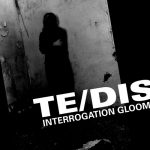 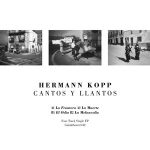 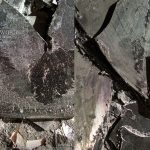 Black Swords – The Future Of The Sun (Noiztank)

listen to a full track (the B side) here…

Dark, haunting, industrial and apocalyptic techno from this duo… even ritual sounding at some points… pounding and harsh… both suitable the dancefloor as for a head trip…

Debut 12″ by this Dutch dark ambient project… a side project of a hardcore/gabber project… totally DIY… totally obscure… and totally awesome… especially the B side is amazing… eerie electronic soundscapes… two long dark trips for people who are not afraid of the dark… big tip!

listen to an excerpt here…

This Norwegian duo is active since 1994 but this is their debut album… in the tradition of their debut cassette single (re-released in a different from on cd-r in 2014) you will be plunged into psychedelic soundscapes… dark and ritual… the sound and texture is organic and sets the music apart from the masses of dark ambient out there… highly recommended!

listen to a preview here + another one here…

Wonderful album filled with spacey soundscapes built around the sounds of the harmonium blended with electronics… the music has clear references to early Tangerine Dream but is still amazing!

listen to an excerpt here…

After many many tape releases is here the first vinyl ever release by Baldruin… which is of course one part of Diamantener Oberhof (see the Vrystaete LP)… Baldruin is less DaDa and less folklore inspired and more ambient and soundscape orientated… the music moves from noisy bits and pieces to melodic tranquil stuff… at times experimental and abstract but always pleasant to listen to…  like paintings or poems floating around you… dreams and nightmares put to music… highly recommended!!

Latest album by this contemporary industrial act… power electronics orientated but not simply noise… and mostly not even noisy in the strict sense… but rather abstract and spooky electronic soundscapes… interesting sounds and structures for open minded listeners… recommended!

Most of the time I am not a big fan of improvisational music as it lacks narrative in my opinion… but here is one of those exceptions… “Weather Report” is a beautiful album with two long pieces of music which pull you inside the moment from the first notes… it reminds me a bit of Good Cop / Naughty Cop and this might even appeal to people who liked the last Dirty Beaches album… not to be missed!

“Epoche” by Psykopharmaka was the second release on Norwegian label Etch Wear (run by one of the Europ Europ members)… that was 1994… to celebrate this 20 plus years in time there is this ultra limited but absolute great 3″ cd-r release with one amazing over 20 minutes version of the track and a remastered version of the original track…  musically this is weird jam/drone kind of trippy stuff… more trance indulging as ritual… simply excellent stuff!

Superb follow up to the album on Backwards… this time two quite loud and noisy tracks on the A side… the B side is a hypnotic and moody piece… reminiscent of early Sonic Youth… with touches of Throbbing Gristle and early Cabaret Voltaire…  simply excellent and not to be missed!

listen here to a track…

New 7″ from Swedish industrial / noise outfit Trepaneringsritualen… a more as excellent 7″ with two intense tracks with lots of noise but also a sweaty and doomy atmosphere interwoven… to create that ritual feeling…. this industrial music as it should sound! Highly recommended.

Both track can be streamed here…

listen to a preview of the Spettro Family track here…

Territoires is the project by Bran and RM… Bran you know from his 7 inch on Enfant Terrible and the deluxe cd’s he self-released. RM is next to Bran involved in Verbascripta… the label which co-released the two La Mort De L’Hippocampe LP’s together with Enfant Terrible.

On this first EP is all about a trip through Paris… from the suburbs to the Pyramides… this is a minimal sound collage based on field recordings and synth sounds. Truly excellent and original stuff!

The release comes in two editions: one of a limited 10″ pyramid object and a regular cd release. Both the object as the cd cover are handmade / printed.

Second release by this post-industrial band… this record is less noisy and rather dark ambient orientated. Still with this post- black metal touch from time to time… and all in all a much more coherent and interesting release.

What to make of this great record? It is great… it is haunting, it is ritual at times, it is dark poetic… like Nico but more pop (?), like Hagalaz Runedance but not pagan (?), like Islaja even at times but darker (?)… maybe it says enough the record is hard to define… simply another super nice release by Backwards.

Wakinyan is a new project which involves the musician from Terroritmo. This debut LP is something I have been looking out for… and it was worth waiting for… this is ritual music as it should sound. Deep, esoteric, spiritual… taking you beyond… shaman stuff for sure!  A superb trip within and away from here…

listen to a full track here

As thr title suggest this is a collection of pieces by contemporary composer Ilya Monosov. He has been releasing music from 1999 onwards on mostly tapes and vinyls. This is both a perfect introduction as excellent overview of his work… sounds ranging from experimental electro-acoustic pieces to psychedelic minimal music.

Experimental / drone / ambient music from this contemporary musician. Beautifully crafted pieces that ask for attention when listening to. Includes 6 photos by the artist that fit the music so well…

Here is a re-issue on cd of two sold out Thorofon vinyls, one compilation track and one unreleased track. Brutal noises like you might know fromThorofon before they turned more angstpop like in their sound. Old style industrial noises and structures for your pleasure!

For a long time the Douche Froide magazine has been writing about music that is forgotten or neglected by most magazines. Now it is time for a compilation cd (even though they already had some compilation cd’s with the magazines)  with some excellent sounds not heard elsewhere mostly. You get 14 tracks that go from post-industrial muzak to minimal electronics and from weird pop back to ambient drones. Some featured artists are: Dark And Dusk Entwined, Beyond Sensory Experience, Hermann Kopp, Nihiltronix, Nature Morte and Ilitch. A great collection of music it is!!

The last release by His Divine Grace and at the same time the first by the new incarnation of this musician. After years of playing (dark) ambient Moonchild Erik moves on into (even) more darker territory. De Grace is his post black metal project which performs a pitch black type of drone/down tempo/black ambient music derived from black metal characteristics. This is best displayed in the title track. This amazing track (and the project itself) will appeal for sure to fans of Burzum. No cliché gothic semi dark ambient here but the real thing. Looking forward to hear more from De Grace.

A new release with old material from Monoton (remember the other cd’s we sold from Monoton?). This time not on Oral but on Klanggalerie. Also less ambient / soundscape orientated… or at least less tranquil and more experimental and noisy at times. Very interesting live material  from 1979 to 1987 with its origin in installations and performances by the musician Konrad Becker. Simply superb!!

From the obscure Dutch 80’s artist ORDUC comes this new release with contemporary minimal music. This is an independent release the artist did all on his self. Nonotes is an ambient drone project with (post) industrial influences and a minimalistic character. For over 40 minutes the music takes you away on a strange psychedelic trip only to leave you wondering afterwards. These effective drones are done with synthesizers, guitar and effects and were recorded in one take.)

cd, 8 tracks, limited to 500 copies
Price: 2 euro (cardboard sleeve) (only 1 copy left)
Special deal –> order for a minimum of 25 euro of other records and get this one for FREE…