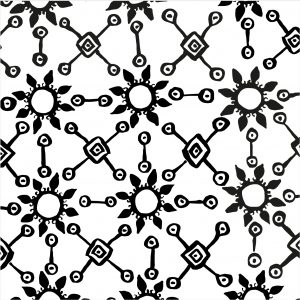 “Gamelan Sketches” are studies in Javanese gamelan and electronic music by Journey of Taro (Adrien L’Honoré Naber). The sketches are based on and are part of a collection of music and ideas finding its origin in travelling to Indonesia for more than a decade. During these travels Adrien L’Honoré Naber studied and recorded the music in this region of the world.

Journey of Taro is all about tradition collaborating with technology, where old meets new. Gamelan are traditional gong orchestra’s from South East Asia and are fused by Taro with dancefloor music like dubstep and Sound System culture. When Adrien L’Honoré Naber first started going to Indonesia back in 2008 he went on a mission to make field recordings. As companion during his travels he had a MP3 player with him. At that time MP3 players contained about 512 MB so he had to choose his music very carefully. With Amon Tobin, Digital Mystikz, Vex’d and similar artist locked in his headphones he made field recordings over the course of a year and in his head this music started fusing with Indonesian culture.

Taro creates an sonic world where he takes you along on his journey’s around different cultures emphasizing the beauty of collaboration, shaping mystical worlds with hypnotizing atmospheres to immerse into stories based on ancient myths, legends and folklore. This is where a blend of gamelan, dub, soundscapes, exotic rhythms, field recordings and underground bass music come together. Selamat dengar dan bersenang senang.

“… The work of Adrien L’Honoré Naber, the musician has been studying and recording music in Indonesia for over a decade. Combining his interest in Gamelan music with contemporary electronic music practices, dub-inspired methods meet the more traditional forms percussive array to create a music that blurs the line between past and future.” (Live Eye TV)

“Enfant Terrible’s Vrystaete sub-label seems to always get it right – and this new 10” is no exception. Taro’s music combines Gamalan tones, scales and instrumentation with drums and bass and electronics strongly influenced by post-dubstep experiments and digital reggae. As usual, there is the potential for cultural cringe when Gamelan is co-opted by western producers and musicians. But here, as with other venerable examples (think Berkley Gamelan, Ziz! Ensemble or Other Music), it doesn’t jar. The production is full of space and detail. As the record builds over six tracks, it becomes more than the sum of its parts, fashioning a kind of percussive no-space that quickly becomes pleasurably addictive..” (All Night Flight)