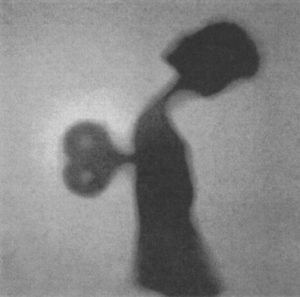 Ô Paradis was created by Demian Nada in Barcelona during the 1990’s… Ever since then he has perfected his post-industrial minded free spirited folk-pop sound. The music of Ô Paradis is based on repetitive loops and samples on top of which instrumentation is added. The vocals and lyrics are very recognisable and are an important aspect of the melancholy songs and dark tunes…

Among his 20-something albums are some classics that have attracted an audience in the field of post-industrial music. “Cuando el Tiempo Sopla” is one of these classic albums by Ô Paradis… Originally this record was released on compact disc in 2007 on the now defunct but legendary post-industrial label Punch Records. This album represents the style and sound of Ô Paradis in a very striking way. After all those years it still sounds fresh and relevant and has lost nothing of its power and charm… Also it features collaborations with like minded artists Jürgen Weber from Novy Svet and Tairy Ceron from Ait!/Punch Records…