Finally the IYv LP and the Teahouse Radio 2LP are ready… it took me quite some time… the pressing plant did deliver in time (!) but the finalising of the records was a thingy…

Anyway… I am still finishing some last records with applying stamps but most is done so I can start preparing packages and shipping these out… and I am very grateful to all people who pre-ordered these… quite a lot of you did so… meaning the next challenge is trying to ship your records out as soon as possible… and also to the (web)shops as these two albums will also be available through all usual suspects as ever… so thanks to all for your support!

So I hope you can enjoy these sounds soon! 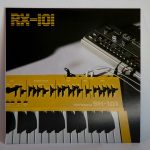 This mix also shows the range of synth sounds that finds its home on my label… from poppy minimal synth to more experimental IDM stuff… still all tracks have some key essentials typical for Enfant Terrible… the music is electronic, minimal and obscure…

Here is the playlist:

Decollage – After The Silence

Here is the opening set I did that night… a mixture of IDM, electronica, ambient and experimental tunes…